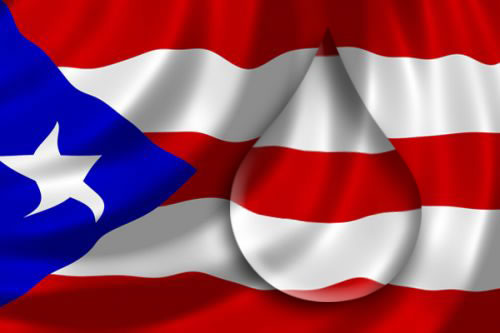 About 96% of the population in Puerto Rico receives water from the Puerto Rico Aqueduct and Sewer Authority (PRASA). But the other 4% of the population is supplied by about 240 very small water systems. In teaching workshops this year in Oklahoma, Kansas, Georgia and Colorado, it’s obvious that despite their similarities, each state’s small water systems believe that they face unique management challenges. Puerto Rico systems, however, may have a bona fide claim on uniqueness. In June, 2015 the Environmental Finance Center Network (EFCN) held three short workshops on financial management for small water systems at different locations around Puerto Rico.  We worked with the PRW&EA and local universities on the planning, and staff from RCAP Solutions also participated in the workshops. The events were targeted at these 240 systems that serve roughly 126,000 people living mostly in rural and mountainous areas of the island. Collectively they are known as “systems not served by PRASA” or “non-PRASA” systems. Around 2013, EPA estimated that 95% of non-PRASA systems had Administrative Orders for non-compliance with water quality standards for total coliform and turbidity. Improving financial management capacity is viewed as one of the ways to address this high level of non-compliance. The 90 people who participated in these EFCN workshops voiced some of the unique challenges of managing water systems in Puerto Rico:

Other distinctive challenges were not expressed by the participants themselves, but were obvious to the trainer. These included: What is your main role at the water system?

The latter is perhaps the biggest factor that distinguishes the non-PRASA systems from other small water systems on the mainland. The non-PRASA group is diverse. For example, at the workshop in Cayey, the smallest system represented served 40 people, while the largest system served over 2,000 people. Contrary to what is reported in other sources, the systems represented at these particular trainings reported that 96% of them were charging some sort of fee for water service. However, many agreed that there was a need to raise the price from the $5-$20 range per month that they are charging now. The smallest systems tend not to have water meters, so flat billing is the most common method. But, even without meters, at least one system found a creative way to allocate the costs to its customers more equitably by charging an additional $2 per month for each horse/hog that a customer owned! What seems to drive this level of volunteerism and creativity is the strong commitment to their communities and the desire to be in control of their water supply… the “¡Si, Se Puede!” attitude exemplified.