Does your utility use “% of supply” metrics for real water loss tracking?  Although the American Water Works Association (AWWA) recommends that utility real loss be evaluated using unit loss Key Performance Indicators (KPIs) measured in gal/conn/day, gal/mile/day and $/conn/year  many utilities continue to focus on “% of supply” metrics. But while “% of supply” real water loss KPIs and targets are relatively easy to calculate, they can in some cases give a utility, a board member, or a regulator a skewed perception of system losses and the impact of its conservation and real loss reduction efforts. This is particularly an issue when the utility has low or declining consumption, possibly due to declining population, conservation efforts, or having reached its lowest practically attainable real loss level. 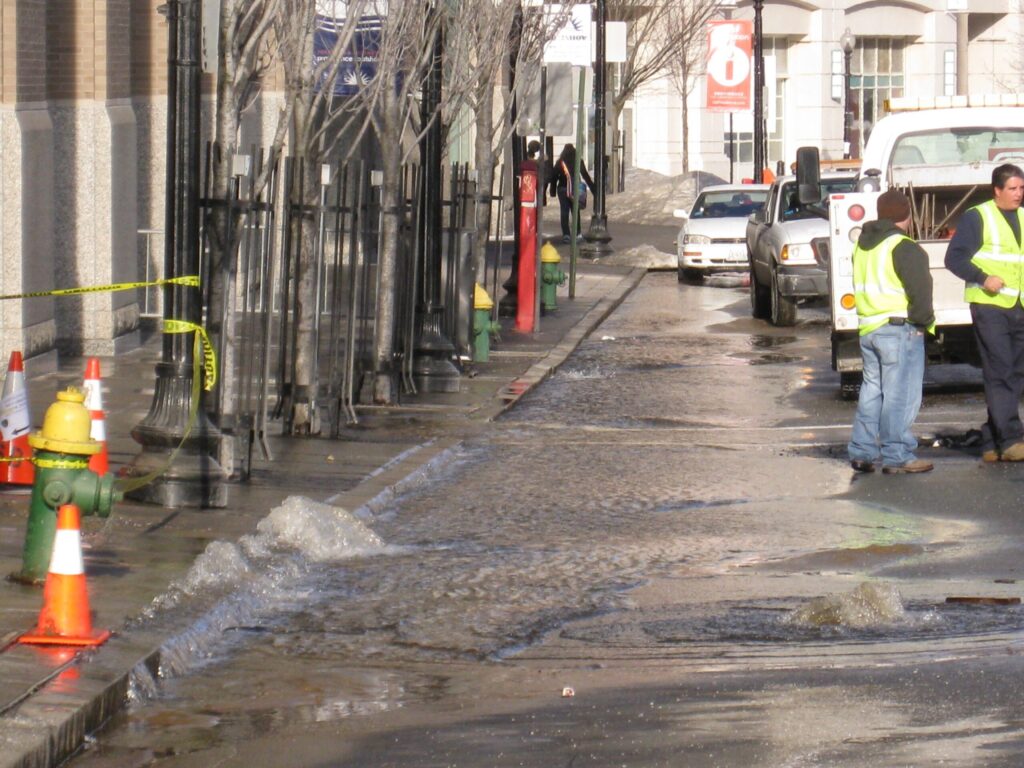 The Southwest Environmental Finance Center recently worked with a small utility with a Consumptive Use Permit that contains a “10% of supply” real loss target.  The system works hard to quickly repair leaks. Its most recent water audit showed unit real losses of 31.3 gal/conn/day, which is below the US median for this audit KPI. But in % of supply terms, real losses are over 30% — nowhere near the permit real loss target.

How can this be, you ask? Although the utility does have a real loss problem (non-surfacing leaks are particularly hard to find due to topography), the major contributing factor to not meeting the permit loss target is community occupancy. The utility serves a vacation and second home community with an estimated 30% constant occupancy rate. As a result, the utility’s per capita consumption is only 56 gallons/person/day (GPD) – just over half of its state’s consumption target of 110 GPD.  If this utility had full time residency, customer consumption met the state’s 110 GDP target, and production were increased to cover the higher demand, the real loss as % of supply would drop to 8% (well within permit requirements) while the unit losses remained the same.

It isn’t difficult to see that a similarly leaky system with near 100% occupancy would have no trouble meeting its consumption permit obligations. So, while the system we’re working with is highly incentivized to further reduce real losses, a similarly leaky system, with 100% occupancy that actually extracts more ground water, would not be. In our utility’s case the permit water loss target actually disincentivizes promoting consumer conservation because reductions in consumer consumption, while resulting in less groundwater being extracted (a good outcome), would make the utility’s loss as a % of supply numbers look even worse (a bad outcome for the utility). In fact, one (ill-advised) way of getting closer to the permit target would be encouraging customers to use more water, because doing so would increase consumption as % of supply and thereby decrease the % of supply that real losses makes up.

While the community we are working with is made up primarily of vacation and second homes, similar impacts could happen in any community

Even using best practices, a system is likely to only be able to reduce its real loss to a relatively constant volume. After that point any reduction in consumption will necessarily increase loss as a “% of supply” because real loss will stay constant, giving the impression that the utility losses are increasing. But if the utility measures unit real losses (such as gal/conn/day), the utility would see that their production and consumption decreased, and that unit real losses remained the same – a much more useful and accurate assessment of their performance.

The verdict: Unit KPIs better than “% of supply”