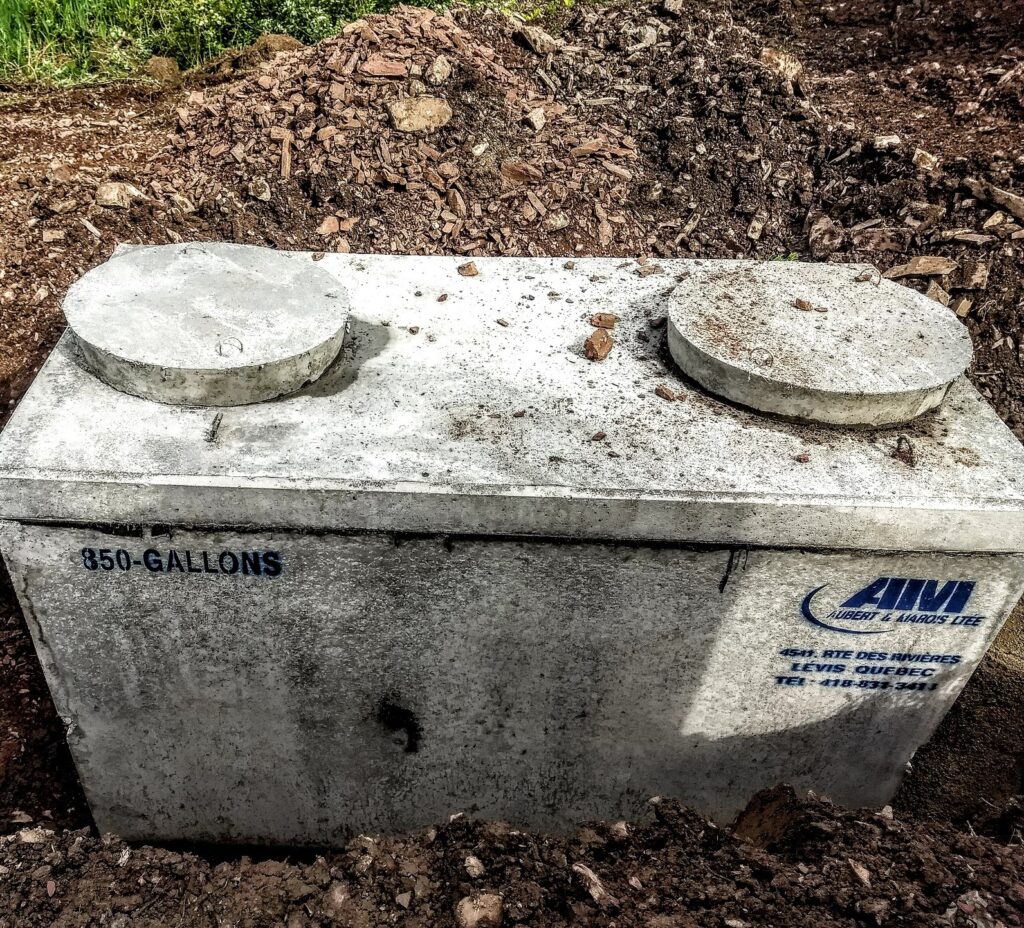 Septic systems have been in use for over 150 years, providing an essential service for those living in communities where large-scale water treatment isn’t feasible. The small decentralized system is much more than just a concrete box with an input pipe. Septic systems are diverse and each style has advantages and disadvantages. We describe some basic considerations in septic selection in the paragraphs below.

Twenty percent of Americans rely on septic systems and 16.7% of new homes in the U.S. are built with some form of onsite treatment to manage their wastewater production.

So, what kind of systems exist for those who cannot connect to a centralized system?

The EPA describes nine different types of septic systems which can be used to provide wastewater management to a household or a community. One of these systems shares a similarity with centralized wastewater treatment systems. An Aerobic Treatment Unit (ATU) acts as a miniature decentralized wastewater treatment plant built onto a septic system. The addition of an air pump to the septic system allows for aerobic bacteria to help decompose waste more efficiently. The system can also be modified to include pre- and post-treating chambers in order to further treat the effluent (also known as sewage, or liquid waste) before being released via a drain field or even an irrigation system.

The ATU system can also be scaled up to be a clustered system for neighborhoods not located on a sewer system. Individual conventional septic tanks can be clustered as well: each household can have an individual initial septic tank that connects to a piping system that then feeds into a combined large drain field.

The primary issue with aerobic treatment units is the significant increase in cost when compared to the anaerobic counterpart. An aerobic septic system can cost $10,000 for materials and installation. Another downside of the system is the increased maintenance involved with the aerobic treatment unit system. The air pump, in particular, requires maintenance to keep the whole system functional. The presence of consumables like chlorine is also an increased maintenance cost when compared to a conventional septic system.

However, with the increased cost comes several perks for the adopters of the aerobic system. The main benefit is that the effluent produced by the system can be used as irrigation for lawns and landscape plants. The bacteria concentrations present in the effluent still make drinking the water or using it for crop irrigation not recommended. The aerobic system can also be built on a wider range of soils than a conventional system. If the soil is rocky or clay-rich the anaerobic system that relies on infiltration to assist in filtering the effluent may not be as successful. The aerobic system, however, does not rely on infiltration as a primary treatment method. This means that the soil requirements are more flexible, which makes construction easier. Finally, the aerobic system is able to treat the wastewater more thoroughly than an anaerobic system because more bacteria and oxygen are present.

Decentralized wastewater treatment systems are critical for rural homes and small communities around the United States. The Aerobic Septic System is an alternative to the standard septic system, and is scaled for a single household or cluster of homes. Despite the increase in cost for installation and maintenance, the benefits of having a wider range of constructability and increased treatment performance make ATUs an appealing option for those who need a septic system and do not have the option of a centralized system.